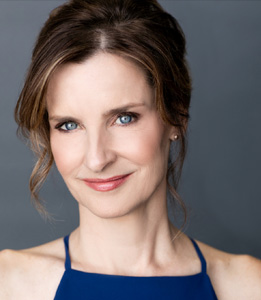 Catherine Miller is the Artistic Director of Southern California’s newest elite opera competition, the Pasadena Vocal Competition. A native Californian, Ms. Miller is also a member of the music staff at San Diego Opera and an in-demand collaborative pianist and coach. Appearances in recital with renowned soprano, Angel Blue have included iconic venues such as The Kennedy Center, Wigmore Hall and The Ravinia Festival. Recent collaborations with tenor Nathan Granner and soprano Jamie Chamberlin have included Opera Orlando’s Opera on Park Concert Series, LA Made at the LA Public Library with Long Beach Opera, and the Community Concert Series in El Dorado, CA. Most recently, Catherine served as principal pianist for San Diego Opera’s innovative drive-in production of Il Barbiere di Siviglia, the 2022 production of Romeo et Juliette and will serve as principal pianist of the 2023 productions of Suor Angelica and Gianni Schicchi and The Falling and The Rising.

For Maestro Gustavo Dudamel, she served as the principal pianist on productions of Die Walküre Act 3, Aida, Rigoletto, and Turandot as part of several Hollywood Bowl summer seasons. For the LA Phil, she was principal pianist on productions of The Tempest and Meredith Monk’s Atlas, both performed at Walt Disney Concert Hall. Catherine has served on the music staff of the Teatro Municipal in Santiago, Chile, and in Italy at the Lucca Opera Theater and the Spoleto Festival. She has also worked with the Santa Fe Opera, the San Diego Opera Ensemble, and is a graduate of the Merola Opera Program at San Francisco Opera.

As an educator, Ms. Miller has worked with Maestro Vladimir Chernov at the International Vocal Arts Academy in Payerbach, Austria, and at the Hawaii Performing Arts Festival. She has also served as a lecturer at the Herb Alpert School of Music at UCLA.  Catherine holds degrees from both USC and The Juilliard School, and was also honored to be a Fulbright Scholar at the Liszt Academy of Music in Budapest, Hungary.